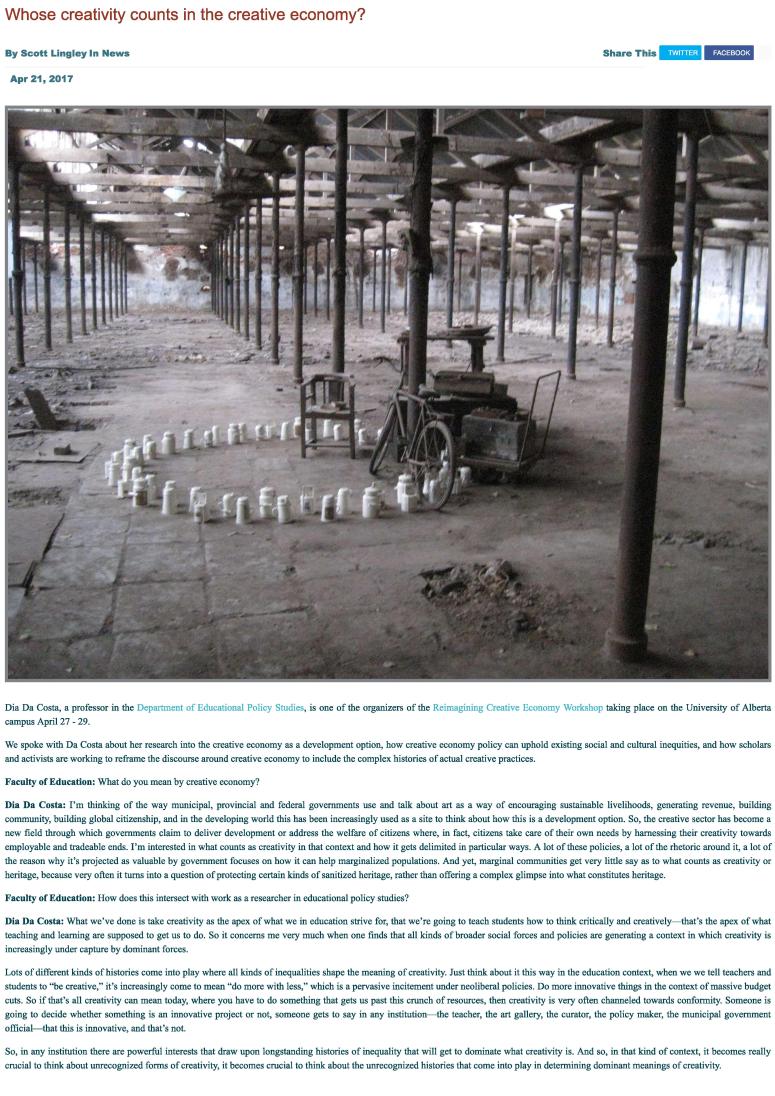 The Reimagining Creative Economy: Transnational Histories, Local Practices, Regional Struggles workshop will be held from April 27-29, 2017, hosted by the Department of Educational Policy Studies at the University of Alberta. Our workshop will gather an international, interdisciplinary group of scholars, artists, and activists to dialogue about transformative creative practices alongside influential but delimiting creative economy discourses circulating in multilateral and governmental policies. Much critical scholarship analyzes creative economy discourses as neoliberal policy but fails to understand the colonial, national, and regional histories that explain its growing popularity. Our workshop designs conversations around the key question: what counts as creativity? What are the transnational, national, colonial, regional, and imperial histories that shape the meanings and realities, potential and politics of dominant as well as unrecognized creative practices?